Eko Atlantic, officially Nigerians International Commerce city, also known as Eko Atlantic City or the initials E.A.C. and E.A., is a planned city of Lagos State, Nigeria, which was constructed on land reclaimed from the Atlantic Ocean. Upon completion, the new peninsula which is still under development is anticipating at least 250,000 residents and a daily flow of 150,000 commuters. The development will also have a positive environmental impact, as it will help in stopping the erosion of Lagos State's coastline. (Wikipedia) 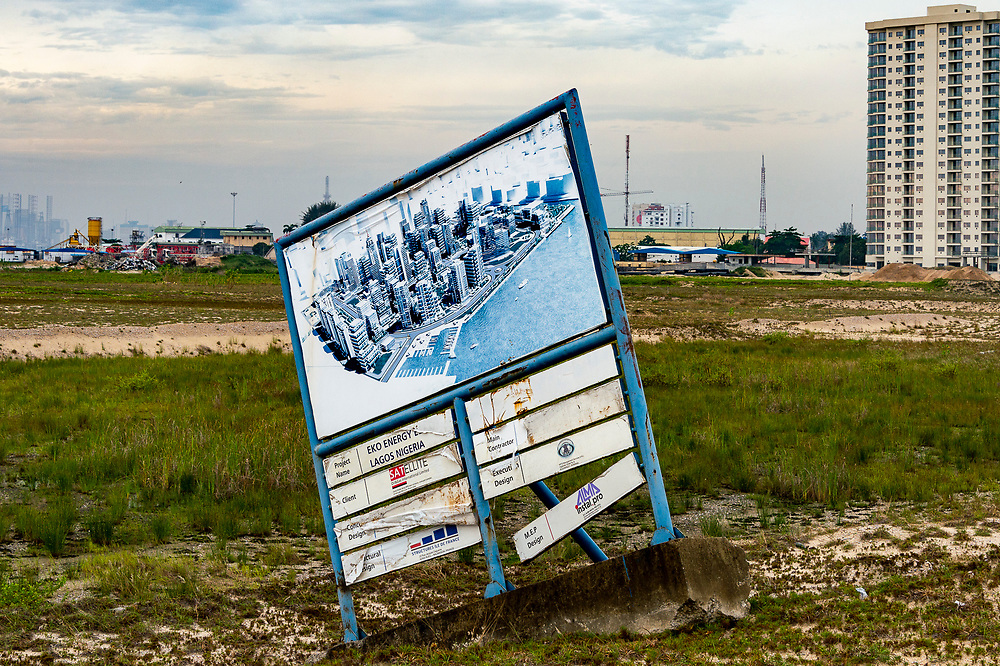