The Bicycle Snake with its clever urban adaptation, harmonic flow and elegant structure. The Bicycle Snake has become an icon for Copenhagen’s status as the world’s leading bicycle city and a symbol of the city’s praised urban qualities. In 2010, as part of the city’s bicycle policy, a forerunner of the current bicycle strategy, a series of initiatives were taken. Amongst these was a general consultant tender for a bicycle ramp to complete the path across the Copenhagen Harbor from Islands Brygge to Kalvebod Brygge of which the first stage, the Quay Bridge (Bryggebroen) was already in use. 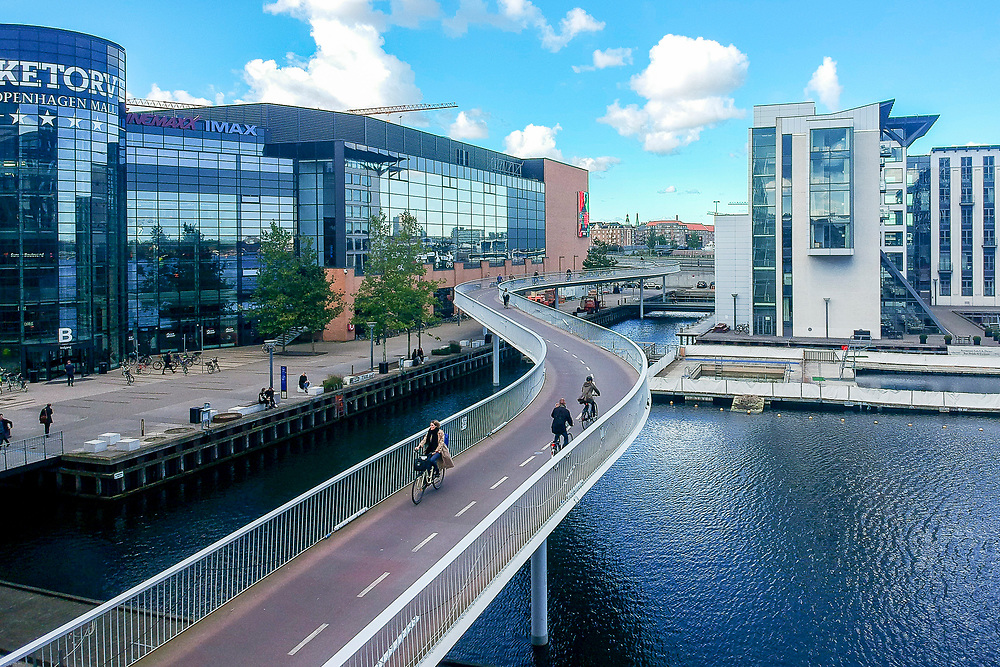